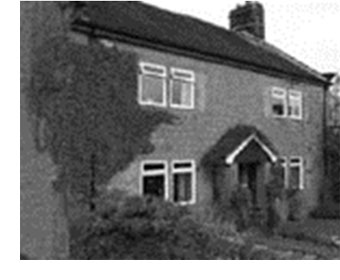 Very little is known about the Wilsons Arms. In the 18th century to 1830, it was known as the Plough Inn, owned by Susannah Holmes, who sold it to Edward Forster in 1834, who is described in a rate book for 1836 as “owner and occupier of the Wilson’s Arms, assessed at £3. 10s. 0d, the annual value £70.” By 1841 it was known as the Wilson’s Arms when Edward Forster was the licensee, followed by Joseph Davey in 1851 who was an Innkeeper and farmer of 42 acres. In the 1861 census it was no longer an inn and had been re-named East Chevin Farm and occupied by William Lawson who was just described as a farmer of 42 acres.

It is thought that the closure in 1852 was due to the loss of trade occasioned by the new Leeds to Otley Road via Pool Bank being opened.

The former inn stood on the roadside a few hundred yards from the entrance to Yorkgate, and reached its heyday at a time when the stage coaches and local carriers were using that road between Leeds, Otley and Ilkley, via Headingley and Cookridge.

NB. Following further research it is possible that “The Wilsons Arms” and “Plough Inn” were two separate Inns.