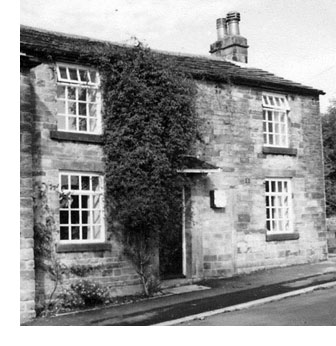 The Licence of the Travellers Rest dates back to 1853 (one year later than the Roebuck), the first Innkeeper being Robert Yates. He died in 1876, the licence being transferred to his wife, Ruth Yates, and in 1884 to Edward Yates, who allowed the licence to lapse later in the year. Therefore, the Travellers Inn existed for a period of only 31 years, and yet in that short period an incident occurred which resulted in the Roebuck Inn being known by a name other than its official name.

It is thought that many Otley people may be aware of the circumstances which led to the inn being known as “The Spite.” One story is that William Parkinson, a well-known Otley character who lived in Beech Hill, was in the habit of calling in at the Travellers Inn, but on one occasion he called at The Roebuck first and stayed chatting with the Landlord, George Spence, for about an hour. On leaving, he proceeded to his usual haunt where he was greeted by Mrs. Yates, wife of the Landlord, who had seen him call at The Roebuck first, and at once refused to serve him with beer saying that as he had called at The Roebuck first, he could go back there. William Parkinson returned to The Roebuck, and in the throes of conversation over his “dismissal” from the Travellers Rest, made the following remark “There’s now’t but spice and malice up here.” For a while the inn was jocularly referred to as “The Spite,” the other “T’Malice,” and since one ceased as an inn, the Roebuck has, for the last 70 years, been familiarly known as “The Spite.”

The one time “Travellers Inn,” with two cottages alongside, were sold by Edward Yates to Mr. Clifford Wilkinson, but were re-purchased by Robert Yates, son of the last innkeeper of the Travellers Inn.

The former Inn now forms part of a private residence.